The Consequences of Cuts to Essex Police

What we are Tweeting by @Essexpolicefed 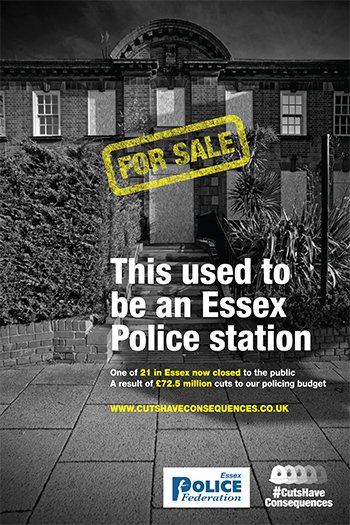 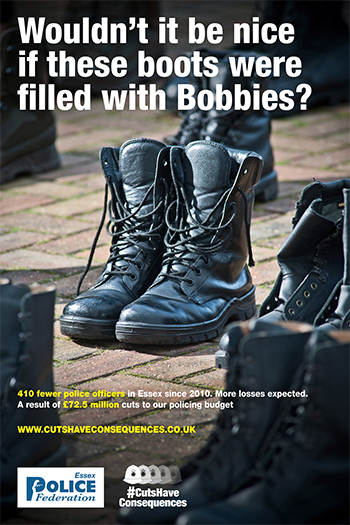 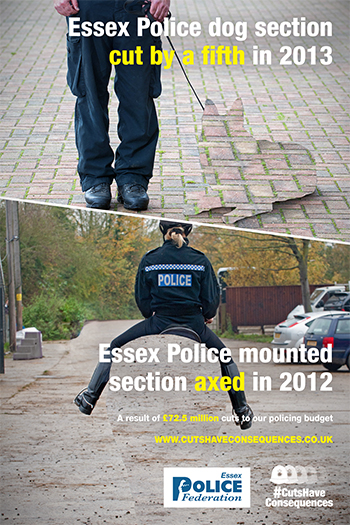 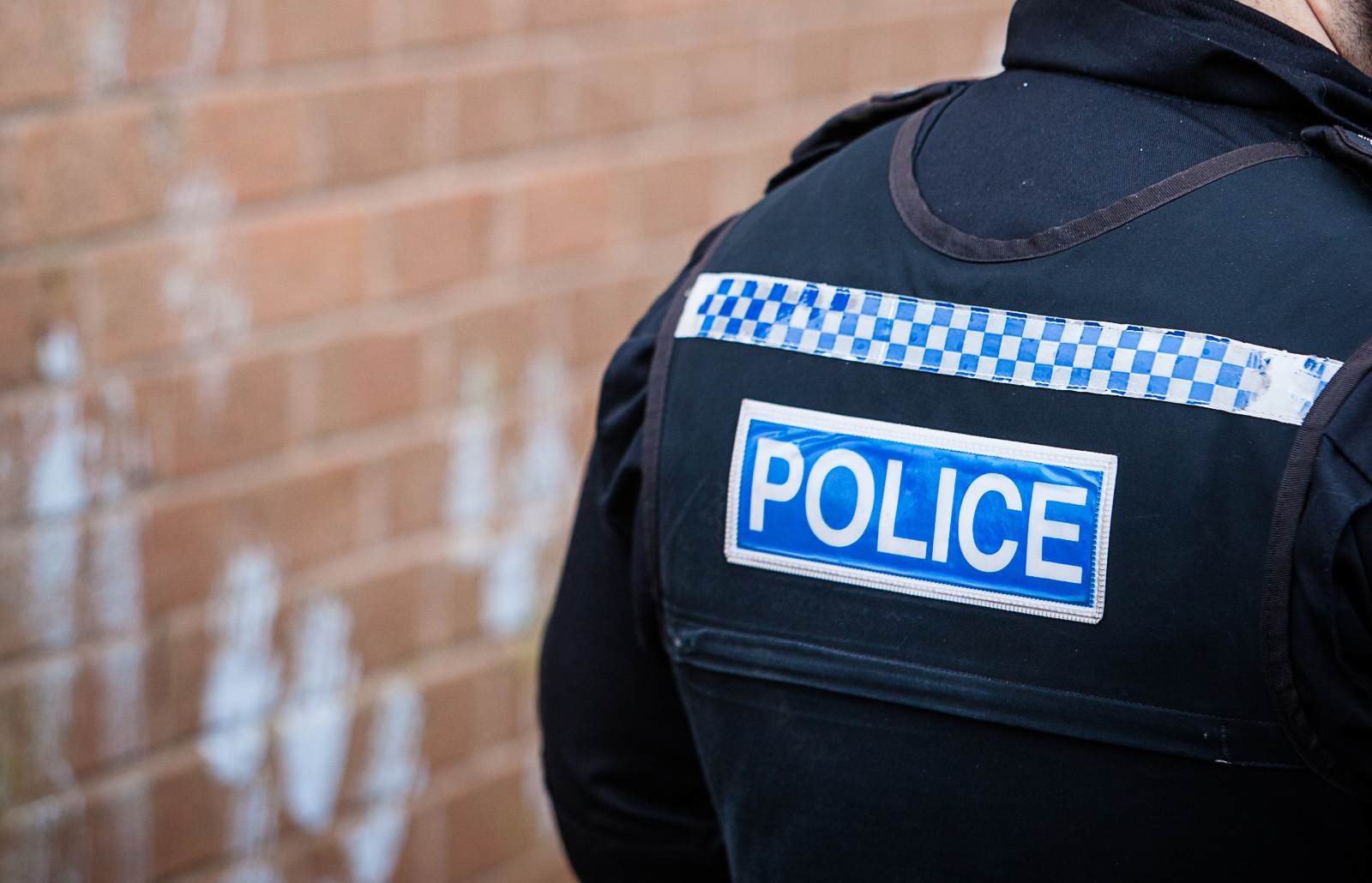 Essex Police. What happens next?

Where do we go from here?

Since the cuts to the policing budget started in 2011, we have lost more than 400 police officers in Essex. You will never see these officers again, the budget has been cut and those savings have been made.

If we have a freeze on any future budget cuts and with Essex Police changing how it polices the county, I believe we will survive. If we are faced with more cuts – and HM Inspectorate of Constabulary has predicted the same level of cuts for policing in the next Parliament - it will be catastrophic for the force and the county.

We have to ask you what do you want your police service to look like? What would you like your police officers to be doing?

Do you want a privatised police service? A European, military style of policing? Do you want to lose neighbourhood teams - and all they can offer in crime prevention - to move towards a service that provides only rapid response?

This is where we fear we are heading. If we have further cuts to budgets, forces will not be able to continue. They will be forced down the privatisation route. They will fold.

What will this mean to you?

Let’s start with private security companies patrolling where you live. The contract won by the lowest bidder. Civilian security guards working for a company that answers to its shareholders and not the public. No more warranted neighbourhood police officers accountable to the public which they serve.

Do you want a private company carrying out interviews, investigations, public protection and safe guarding? To exactly whom are they accountable?

The warranted police officer will be the person that turns up to make an arrest and nothing more. They will not be a person that represents the community they police.

In 1968, Lord Denning, sitting in the Court of Appeal, said: “No Minister of the Crown can tell him [a police officer] that he must, or must not, keep observation on this place or that; or that he must or must not, prosecute this man or that one. Nor can any police authority tell him so. The responsibility for law enforcement lies on him. He is answerable to the law and to the law alone.”

We call it policing without fear or favour.

That was said 47 years ago. We will go further and say we as police officers are also answerable to the public we serve. We are Crown Servants; we are members of a community policing our community.

But, and this is a big but, we can only provide you with the service you are entitled to if we are funded correctly.

But, if you are not happy then only you can change what is happening. Take control of the future. Let politicians of all parties know how you feel on policing. 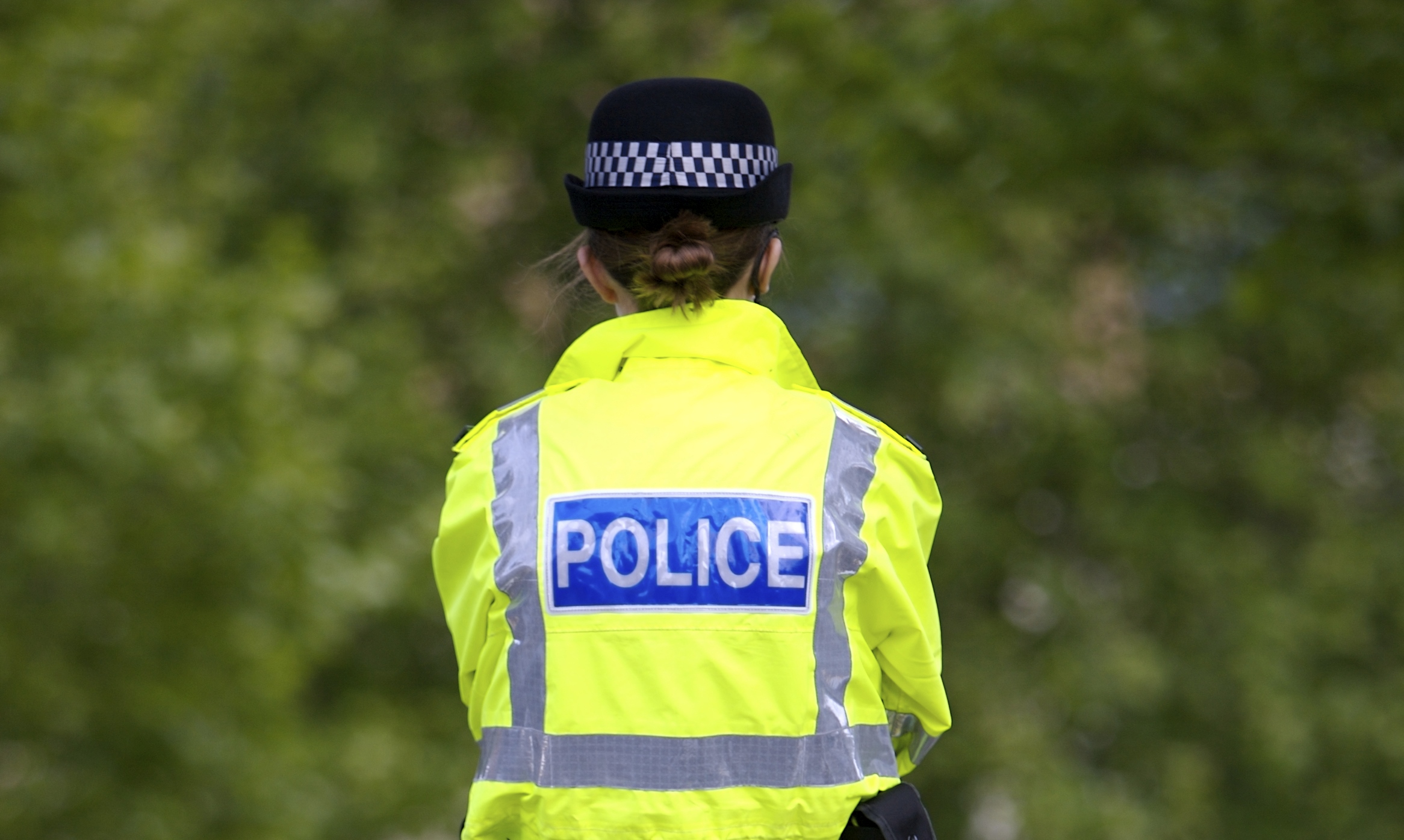 #CutsHaveConsequences: Who is protecting the protectors?

Why do people join the police?

When we decide to become police officers we swear an oath of allegiance to the Crown and by that the people of the UK.

Police officers are not employees we are Servants of the Crown. We join to protect and serve the public. We join the job because we want to make a difference.

So when you hear police officers saying “we aren’t giving the public the service they deserve”, it is borne out of a deep frustration that we are not able to do our job.

Some £72.5 million of cuts are being faced by Essex Police. The vast majority of the police budget is spent on wages. For this reason we are set to lose 600 officers from front line policing.

We have already lost more than 400 front line officers.

Because of the front lines reductions you will see the difference. This is because #CutsHaveConsequences.

You do not get more or even the same for less, you just get less!

What does this mean to those officers still trying to do the job?

Sadly, it means more stress for officers. In 2013/14 more than 250 Essex Police officers were signed off with stress, depression, anxiety or post traumatic stress disorder.

More stress equals more sickness; this means even fewer front line officers, on top of the cuts. In turn this means greater workloads for those still at work, which leads to more stress. I think you can see where we are going with this.

So what has been the overall impact on sickness of Essex Police officers since the cuts commenced?

Our Mounted section has been scrapped; the Roads Policing and Dog units have been cut. The Marine Section and the number of Firearms officers have been cut. We are reducing numbers on our Serious Crime Directorate, which investigates the gravest of offences. Police Stations have been closed and sold – 21 now shut to the public.

The cuts and reductions are all happening while the Essex population is growing.

More cuts will mean fewer front line officers. Where will it all stop? What type of police service do you want? And what will be the impact on the police officers left behind? 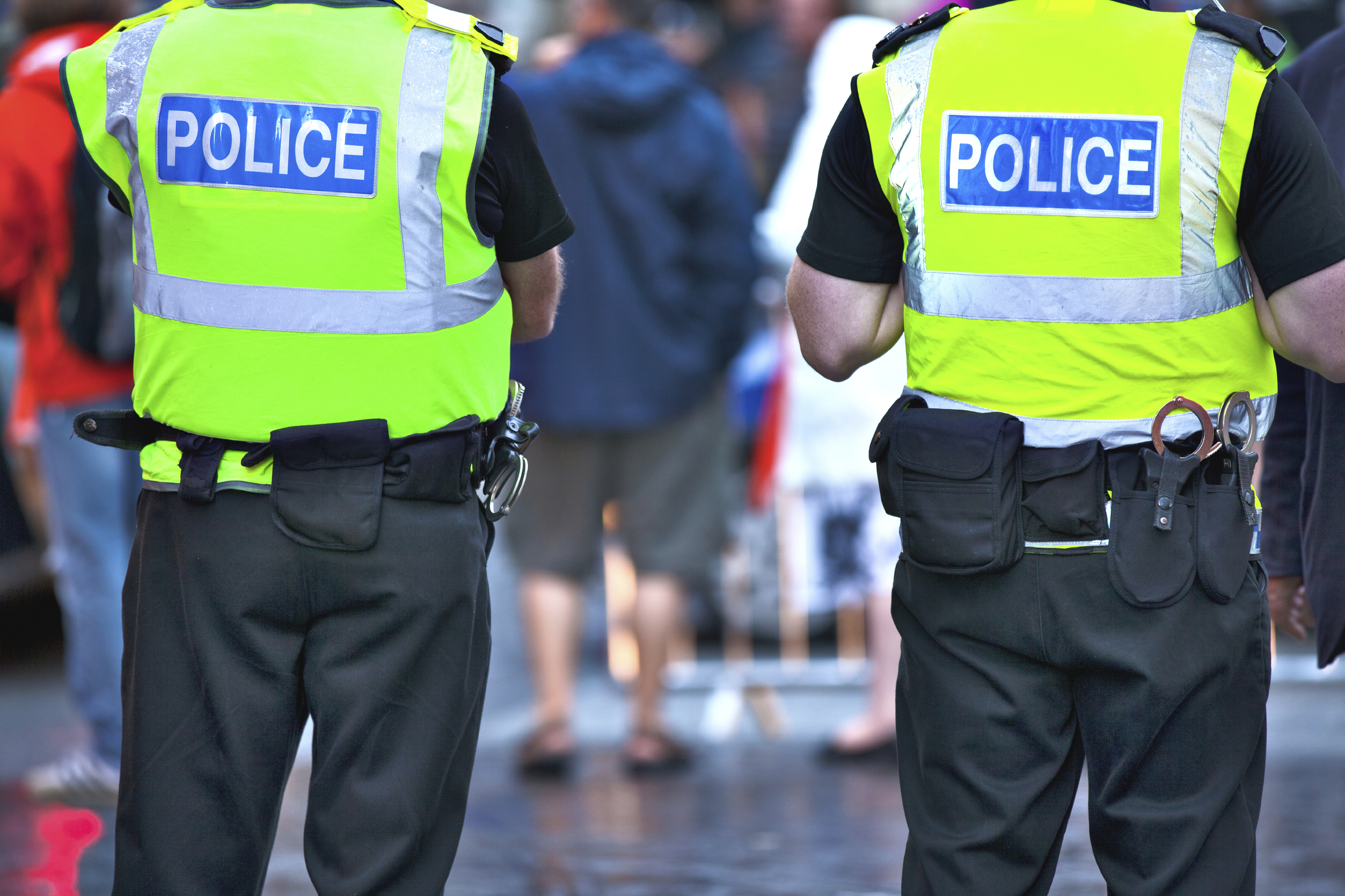 A Poorer Public Service. For the Public.

Essex Police is being faced with unprecedented cuts to our policing budget - slashed by more than £47 million since 2011.

And sadly there is more to come.

By the end of this spending review period in 2016/17 we will have had to find around £72.5 million in savings.

You do not get more or even the same with less. You only get less.

For the public of Essex this means a poorer service with fewer front line police officers.

When the public are being told that “the front line is being protected” – this we are afraid is very far from the truth.

All the officers serving and protecting the 1.75 million people of Essex are front line officers. All warranted officers are front line. Front line is answering the 999 calls, investigating the crimes, patrolling the neighbourhoods, walking the high street and the roles go on.

We have lost more than 400 front line officers since 2011. By the end of this spending review we will have lost 600 officers. If we are hit with more cuts we will lose many, many more.

We will never get these officers back no matter what party is in government and for this reason we will have to change how we police. With cyber crime escalating, crime is not falling, it is changing.

In Essex we have already seen the marine unit reduced in equipment and officers. The firearms, roads policing and dog units have been reduced and the mounted unit has been scrapped altogether.

What will be next?

Experts at HM Inspectorate of Constabulary have reported their concerns about the erosion of neighbourhood policing. Neighbourhood teams are seeing their workloads and remit broadening to include reactive policing.

HMIC goes on to say the public are starting to notice fewer officers in their communities.

This can only be expected as we reduce officer numbers but deal with more and more incidents. Forces have to prioritise. The public of Essex would be staggered to know how few officers are on duty across the county at any single time.

Those responding to 999 calls could be as low as 80 officers across the county at any given time.

When a major crime occurs in one area of the county, officers are moved in to assist from across Essex - which results in other areas of the county suffering and going without. As we and other forces reduce in officer numbers it also reduces the ability to give and to receive assistance.

Police officers are not being allowed to do this.

We want to give you a better service but we are not able to do so. Only you the public of Essex can stop further cuts to policing. The cuts will not stop until all politicians are told enough is enough. 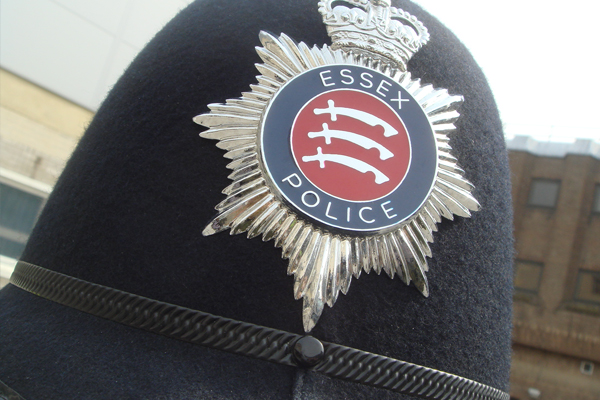 The only way is Ethics

Why have we decided to talk to the public about the financial cuts being faced by Essex Police?

We have chosen to run this information and awareness campaign because we believe you the tax paying public have a right to know what the £72.5 million cuts to the policing budget mean to you.

How cuts will affect you. That crime is not falling; it is changing.

That Cuts have consequences.

For the first three months of 2015 we will be giving you information that you are entitled to know. What you do with that information and knowledge is for you to decide.

Only those with knowledge and those making the decisions can stop the erosion of your police service.

But sadly those making the decisions don’t seem to want to talk to you about the cuts, so we will. More than that we believe we have a moral obligation to tell you. It is only ethically right that we do this.

We will however tell you the truth about policing in Essex.

We will tell you of our concerns, our worries, and what the cuts mean in real terms to you and us, the residents of Essex.

HM Inspectorate of Constabulary – which inspects policing in the public interest - has recently [in November] published their report on the state of policing in the UK for 2013/14. They state they have substantial concerns about the ability of some smaller forces to maintain an effective service in three to five years.

Essex Police Federation shares their concerns but not their time scales.

We believe forces - including Essex - are already struggling to deliver an effective service due to the cuts which have already been made.

And the public suffer.

Worse still is the prospect of further cuts to the Essex policing budget. Our fear is that the level of cuts to public services in the country – and indeed this county - will be more than we have already faced.

With the NHS and education budgets ring fenced, where will the further savings be made?

This is not a political campaign. It does not matter who is making the cuts. It is a campaign about information and informing you. You have a right to know.